Nathan Altice is interested in computational platforms, computing cultures, game programming and design and hardware humanities. He received his PhD in Media, Art and Text from Virginia Commonwealth University. 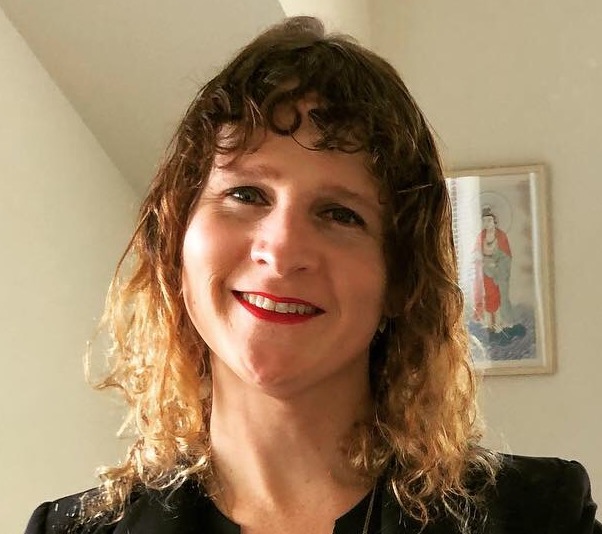 micha cárdenas, PhD, is Associate Chair and Associate Professor of Art & Design: Games + Playable Media at the University of California, Santa Cruz. cárdenas sees education as a path to liberation, and her teaching focuses on discussion, interactivity and creative practice as research. cárdenas is writing a new algorithm for gender, race and technology. Her book in progress, Poetic Operations, proposes algorithmic analysis as a means to develop a trans of color poetics. cárdenas’s co-authored books The Transreal: Political Aesthetics of Crossing Realities (2012) and Trans Desire / Affective Cyborgs (2010) were published by Atropos Press. Her artwork has been described as “a seminal milestone for artistic engagement in VR” by the Spike art journal in Berlin. She is a first generation Colombian American, born in Miami. more

Michael Chemers researches the “dramaturgy of empathy,” a wide-ranging and interdisciplinary inquiry that seeks to understand how performance culture moves ideas about compassion and kindness (and conversely, fear and hatred) move through social networks. Michael is the founder of the 'Ghost Light' model of dramaturgy: a muscular, creatively engaged, artistically vibrant approach to dramaturgy that requires thorough historical understanding, theoretical training broad and deep, and a passionate dedication to creating powerful, relevant performances of all types. Through his writings, which have been translated into several languages, this model has become popular across the world. more 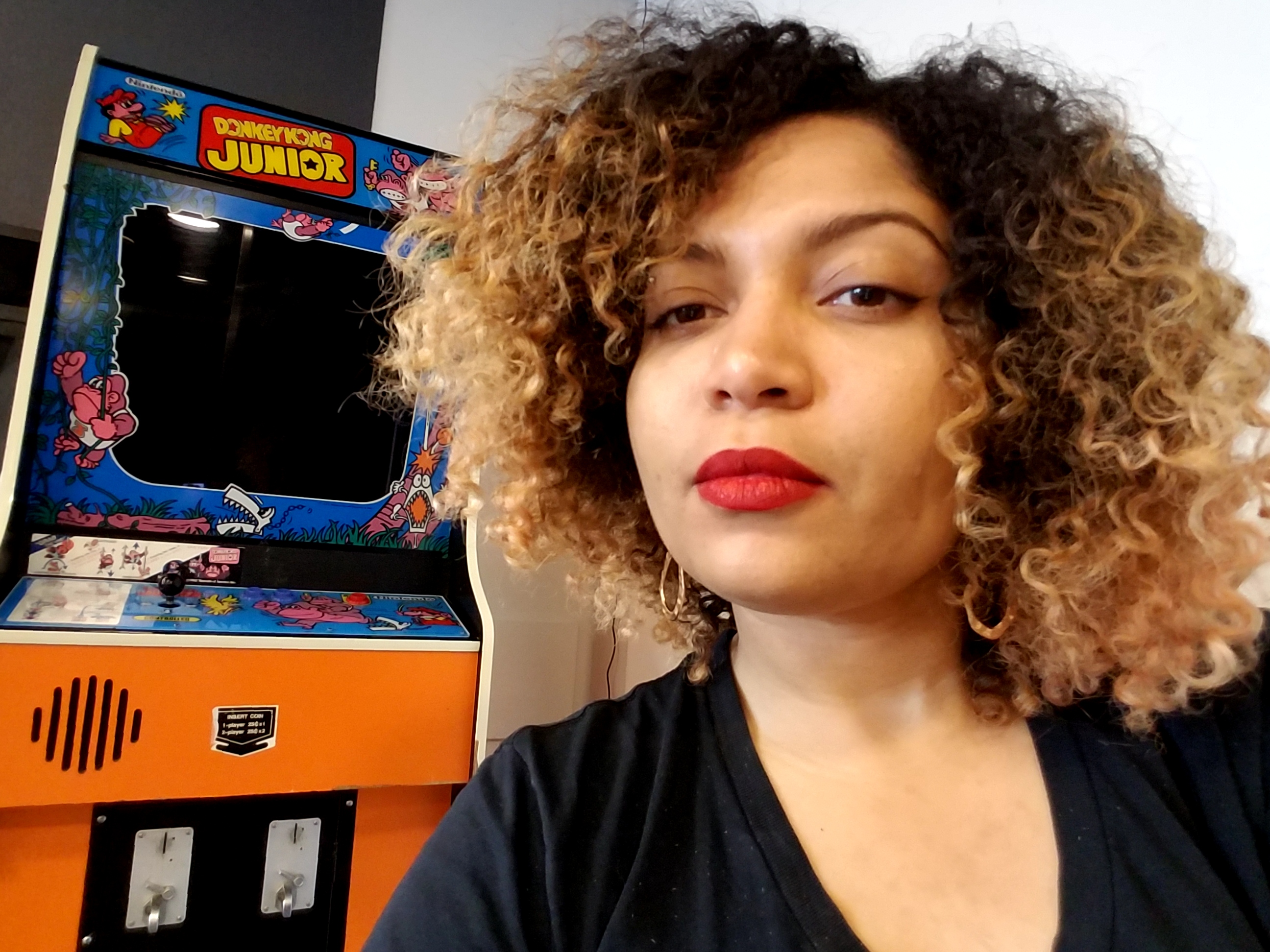 Associate Professor of Art & Design: Games + Playable Media, and Critical Race and Ethnic Studies, at UC Santa Cruz, Darke also directs The Other Lab, an interdisciplinary, intersectional feminist research space for experimental games and new media. Darke holds a B.A. in Design (’13) and an M.F.A. in Media Arts (’15), both from UCLA. Her work has been shown internationally and featured in a variety of publications, including Kill Screen, Vice, and NPR. more

James Davis is a Professor of Computer Science. He received his PhD from Stanford University in 2002, and was previously a senior research scientist at Honda Research Institute. His existing research expertise is in computer graphics, machine vision, and sensing systems for building digital models of the real world. His research has been commercialized by companies including Sony and PrenticeHall. He was the Founding Director of the Center for Entrepreneurship at UCSC, and sits on advisory councils for a handful of startups and nonprofits. He is now interested in research applying technology to address global social issues, and has developed an award winning course around this theme. more

Angus Forbes is an Assistant Professor in the Computational Media Department at UC Santa Cruz, where he directs UCSC Creative Coding. His research investigates novel techniques for visualizing and interacting with complex scientific information; his interactive artwork has been featured at museums, galleries, and festivals throughout the world. For the last five years (2013-2017), Professor Forbes has chaired the IEEE VIS Arts Program (VISAP), a forum that promotes dialogue about the relation of aesthetics and design to visualization research, and is serving as the Arts Papers chair for ACM SIGGRAPH for 2018. more

Professor Hunicke joined UCSC in 2014 to develop and promote undergraduate and graduate education that explores games as a medium of critical, social and expressive artistic practice. This mission informs her teaching within DANM, her work in Games & Playable media BA and BS programs, and her research within the Ludo Lab ​Center for Games, Play & Social Practice​. Her most cited academic work is the MDA framework for deconstructing game design, which informs her teaching, research and profesisonal work on the award-winning PlayStation title Journey, as well as Boom Blox, MySims, and TheSims 2. She is currently developing three projects at her independent game studio Funomena: the PC/VR puzzle game & creativity experience Luna, Google’s Project Tango AR Project Woorld, and the whimsical console game Wattam. more

Katherine Isbister is a Human Computer Interaction and Games researcher who creates and studies digital games and other playful computer-supported experiences. Her focus is emotion and social connection--understanding the impact of design choices on these qualities, and getting better at building and evaluating technology that supports and enhances social and emotional experience. Her lab group's work has been cited in Wired, Scientific American, and NPR, among other venues. more

Sri Kurniawan's research focuses on the design and evaluation of interactive systems that help people with special needs, including older persons, people from third world countries, those with low socioeconomic and educational backgrounds and people with disabilities and children. My research lab is the Assistive Sociotechnical Solutions for Individuals with Special needs using Technology (ASSIST). more

Michael Mateas is Director of the Center for Games and Playable Media. He is a Professor of Computational Media at UC Santa Cruz, where he helped launch the Computer Game Design degree, the first of its kind in the UC system. His work explores artificial intelligence-based art and entertainment, forging a new research discipline called Expressive AI. Michael, who holds the MacArthur Endowed Chair, runs the Expressive Intelligence Studio with Noah Wardrip-Fruin. EIS, as it is known, is one of the largest technical game research groups in the world. Current group projects include automated support for game generation, automatic generation of autonomous character conversations, story management, and authoring tools for interactive storytelling. more

Professor Soraya Murray is an interdisciplinary scholar who focuses on contemporary visual culture, with particular interest in contemporary art, cultural studies and games. Murray holds a Ph.D. in art history and visual studies from Cornell University, and an MFA in Studio Art from the University of California, Irvine. An Assistant Professor in the Film & Digital Media Department at the University of California, Santa Cruz, she is also principal faculty in the Digital Arts & New Media MFA Program, and affiliated with the History of Art & Visual Culture Department, as well as the Center for Games and Playable Media. Her writings are published in Art Journal, Nka: Journal of Contemporary African Art, CTheory, Public Art Review, Third Text, Gamesbeat and PAJ: A Journal of Performance and Art. Her two anthologized essays on the military game genre, gender and race may be found in Identity Matters: Race, Gender, and Sexuality in Video Game Studies, eds. Jennifer Malkowski and TreaAndrea M. Russworm (Indiana University Press, forthcoming 2017) and in Zones of Control: Perspectives on Wargaming, eds. Pat Harrigan and Matthew G. Kirschenbaum (The MIT Press, 2016)... more

Susana Ruiz is an artist and scholar whose work traverses the intersections of cinema, games, art, ethics and activism. Her teaching and research are broadly concerned with how the intersection of art practice, design, computation, and storytelling can enable emergent forms of social justice, aesthetics, and learning.Her research interests include “serious,” documentary, and “art” games; ubiquitous and locative experience design; animation; modes of transmedia storytelling, production and activism; game-based learning; empathic, value-centric and participatory design; and the artistic application of theories of social justice such as anti-oppression, intersectionalism, narrative power analysis, and ethical spectacle. more

Warren Sack is a media theorist, software designer, and artist whose work explores theories and designs for online public space and public discussion. His artwork and research has been support by grants and fellowships from the NSF, the ACLS, Sunlight Foundation, and the IAS of Paris. His artwork has been exhibited at SFMOMA, the Whitney Museum of American Art, the Walker Art Center, and the ZKM. He has a BA from Yale College and a PhD from the MIT Media Lab. He has been a visiting professor at Sciences Po, the FMSH and Télécom ParisTech. He teaches digitals arts and digital studies. more

Adam M. Smith is a computer scientist, design researcher, and software artist. His interests are in artificial intelligence for design. His dissertation, Mechanizing Exploratory Game Design, built a design automation practice in the interdisciplinary space between game design, design studies, computational creativity, and symbolic AI. He uses answer set programming (and related combinatorial search/optimization tools such as model checkers and constraint solvers) in the service of exploratorily posing and automatically solving high-complexity analysis and synthesis problems arising in creative design domains. As a postdoctoral researcher, Professor Smith applied these ideas to deep design automation for educational games played by millions of students around the world. more

As a game designer, Elizabeth's research has focused on metacognitive development outcomes and strategy-based learning in games, taking advantage of the medium’s strength in establishing learning through systems-thinking and social interaction. Her artistic focus is in exploring issues of imposed identity and on the powerful role language plays in enforcing that identity. Her work has been shown at the Independent Games Festival, IndieCade Festival, and the Games For Change Festival. more

Noah Wardrip-Fruin is a Professor of Computational Media at the University of California, Santa Cruz, where he co-directs the Expressive Intelligence Studio, one of the world's largest technical research groups focused on games. He also directs the Playable Media group in UCSC's Digital Arts and New Media program. Noah's research areas include new models of storytelling in games, how games express ideas through play, and how games can help broaden understanding of the power of computation. Noah has authored or co-edited five books on games and digital media for the MIT Press, including The New Media Reader (2003), a book influential in the development of interdisciplinary digital media curricula. His most recent book, Expressive Processing: Digital Fictions, Computer Games, and Software Studies was published by MIT in 2009. Noah's collaborative playable media projects, including Screen and Talking Cure, have been presented by the Guggenheim Museum, Whitney Museum of American Art, New Museum of Contemporary Art, Krannert Art Museum, Hammer Museum, and a wide variety of festivals and conferences. He is a member of the Board of Directors of the Electronic Literature Organization. Noah holds both a PhD (2006) and an MFA (2003) from Brown University. more

Jim Whitehead is a Professor Computational Media at the University of California, Santa Cruz, where he helped create the Computer Game Design program. He is also the founder and board chair of the Society for the Advancement of the Science of Digital Games, which hosts the yearly Foundations of Digital Games conference. Jim's research interests in the area of games include level design and procedural content generation. In the field of software engineering, Jim performs research on software bug prediction, software repository mining, and software evolution. He runs both the Augmented Design Lab and the Software Introspection Laboratory at UC Santa Cruz. As founder of the Web Distributed Authoring and Versioning (WebDAV) Working Group, a broad coalition of industry and academia, Jim helped develop the WebDAV Distributed Authoring Protocol, extensions to the Hypertext Transfer Protocol (HTTP) that support remote collaborative authoring. Jim received his PhD in 2000 from the University of California, Irvine, and his BS in Electrical Engineering from Rensselaer Polytechnic Institute in 1989. more